The Chikuni Kaido by Region

ITOIGAWA: The route jumps back and forth between asphalt and gravel roads broken up by short sections of trail in Itoigawa, steadily climbing higher past wide expanses of rice fields before finally settling into a long section of forested dirt trail just beyond the small but worthwhile Salt Trail Museum. You pass the stunning Shiroike pond immediately before crossing over into Nagano Prefecture via Otari’s beautiful and rugged Oami Mountain Pass (Oami Toge). 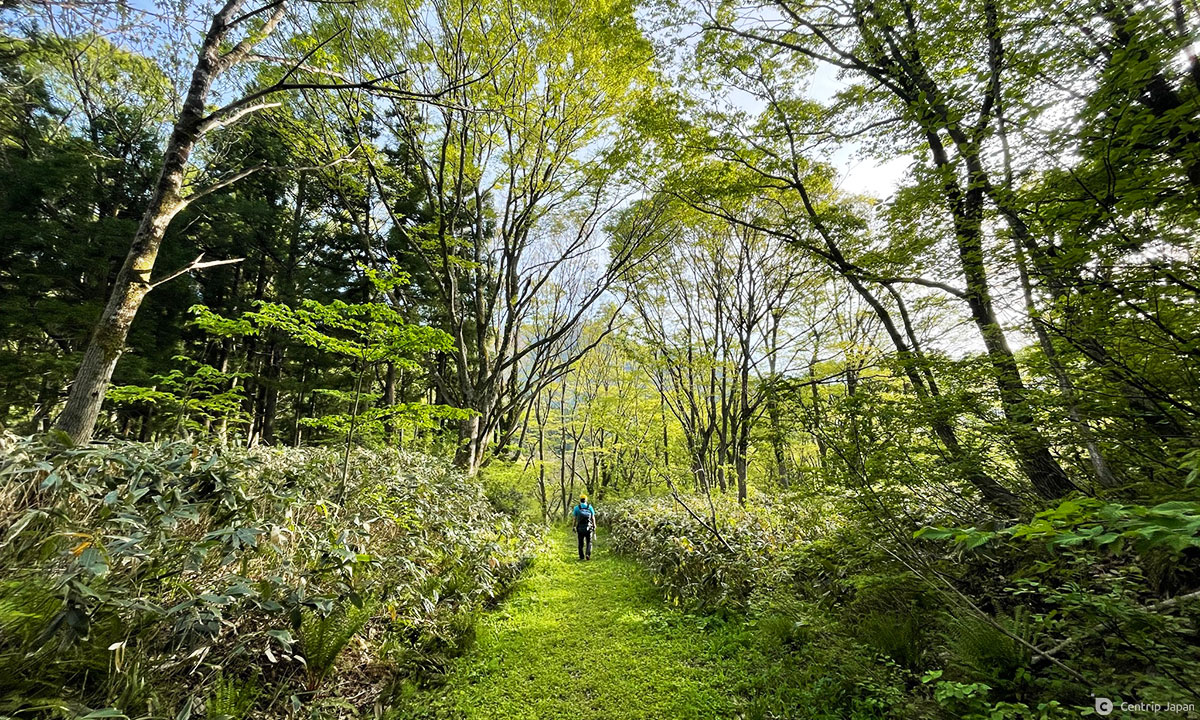 OTARI: The best-preserved and most scenic nature sections are located in the rural village of Otari, with the aforementioned Oami Pass’ deep v-shaped trail cutting through the heart of a gorgeous beech forest being the highlight of the area and possibly the whole Chikuni Kaido. The Shio no Michi here perfectly showcases Otari’s “satoyama” landscape by artfully weaving in and out of forested mountain paths and idyllic countryside hamlets. This portion of the Shio no Michi makes you feel as if you’ve stepped back in time. 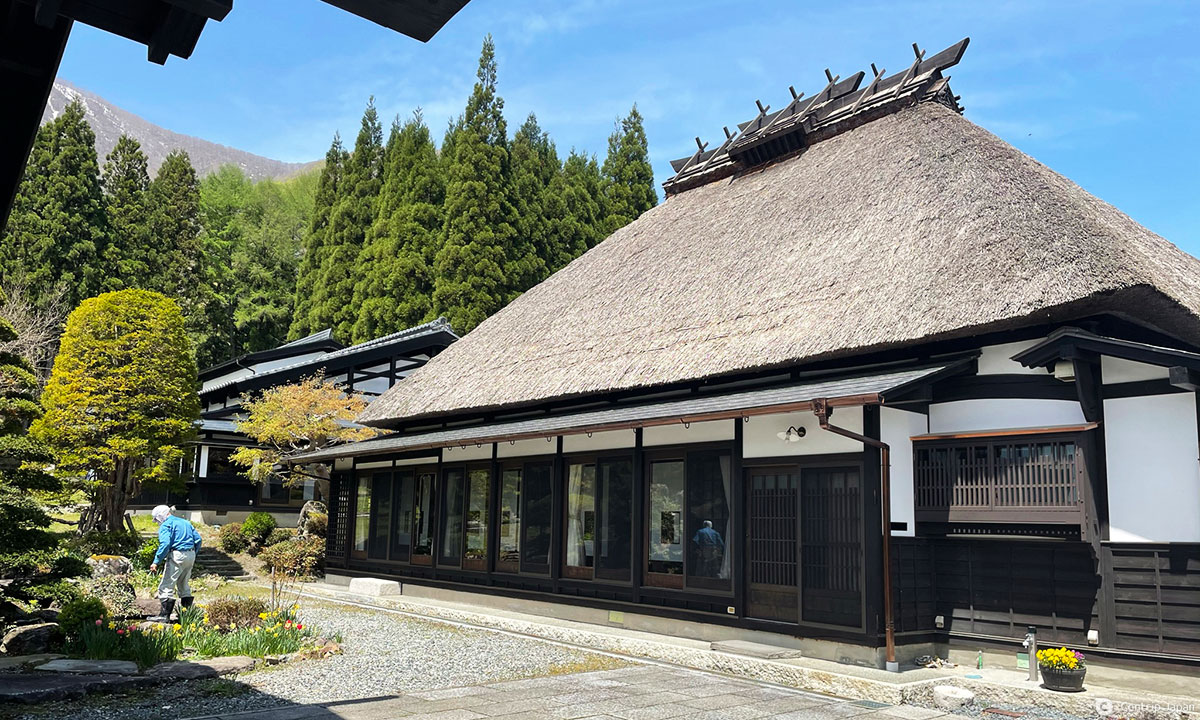 HAKUBA: Just before entering Hakuba you’re greeted with spectacular views of the Northern Alps from Otari’s Tsugaike Kogen ski resort, and those views only get better as you walk through the valley paralleling the imposing range of nearly 3,000m peaks that dominate the western skyline from Hakuba all the way to Matsumoto. There are several sections of unpaved trail, but for the most part the route through Hakuba onward is characterized by long stretches of road. Some of the minka towards the southern end of the village are a sight to behold. 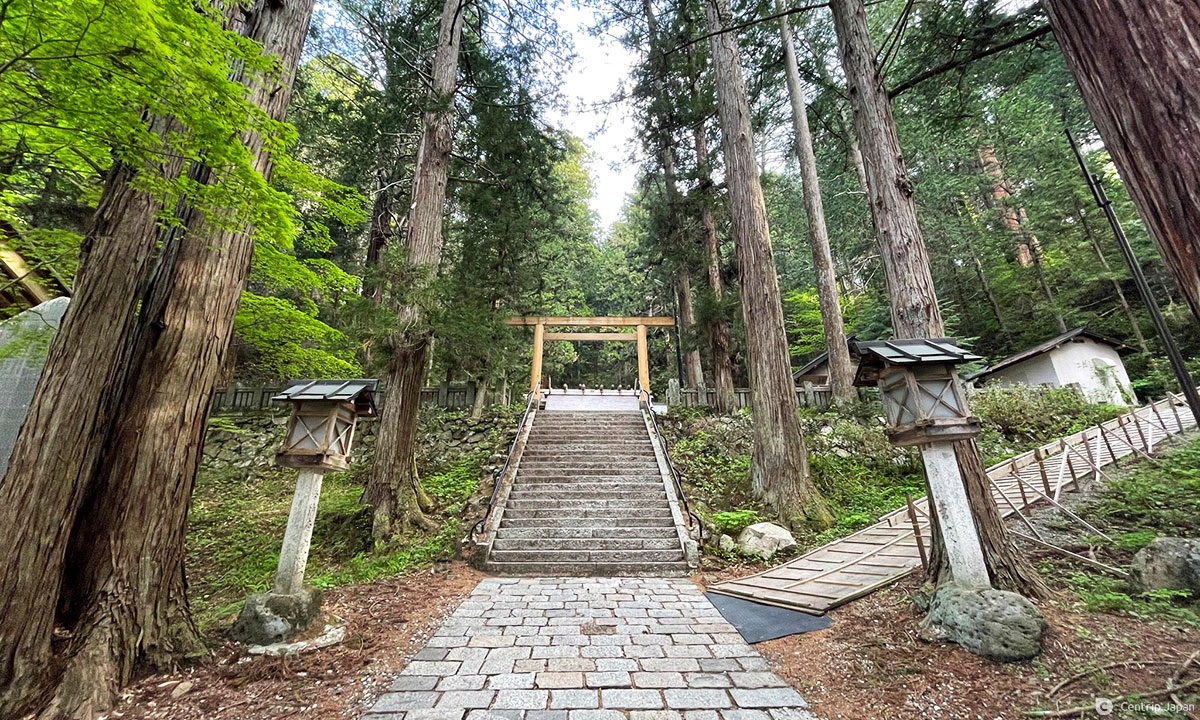 OMACHI: The Shio no Michi reaches Lake Aoki almost as soon as it enters Omachi. Lake Aoki is the first and largest of the “Nishina 3 Lakes” and is a popular and picturesque summer getaway destination for families offering SUP, kayaking, camping, canoeing and more. The Chikuni Kaido hugs the western banks and proceeds under a pleasant forest canopy, skirting past Lake Nakatsuna and Lake Kizaki in quick succession. Beyond the lakes the trail travels exclusively on pleasant paved roads along the outskirts of Omachi. A quick side trip to the fabulous Nishinashinmeigu Shrine is a must. 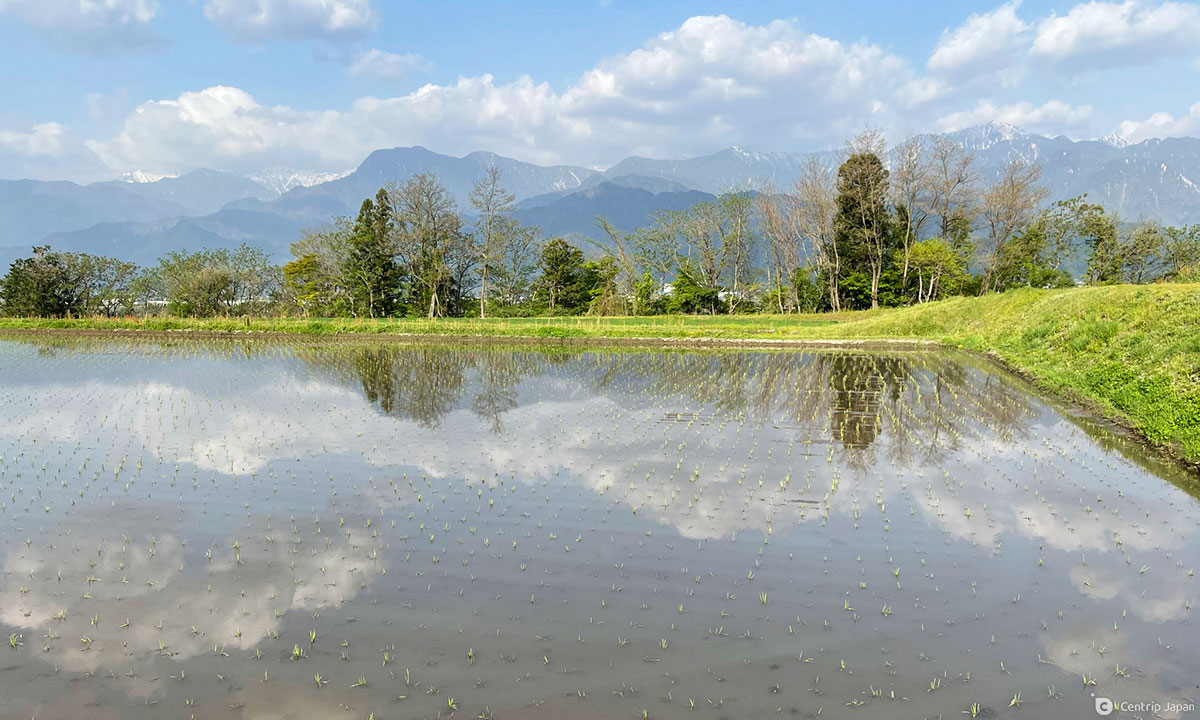 IKEDA: The Ikeda portion of the route is the shortest in terms of distance at roughly 9km and follows only paved roads. There are no standout must-see sights, but the verdant rice fields and immaculately manicured Japanese-style gardens surrounding well-kept traditional houses are impressive enough. 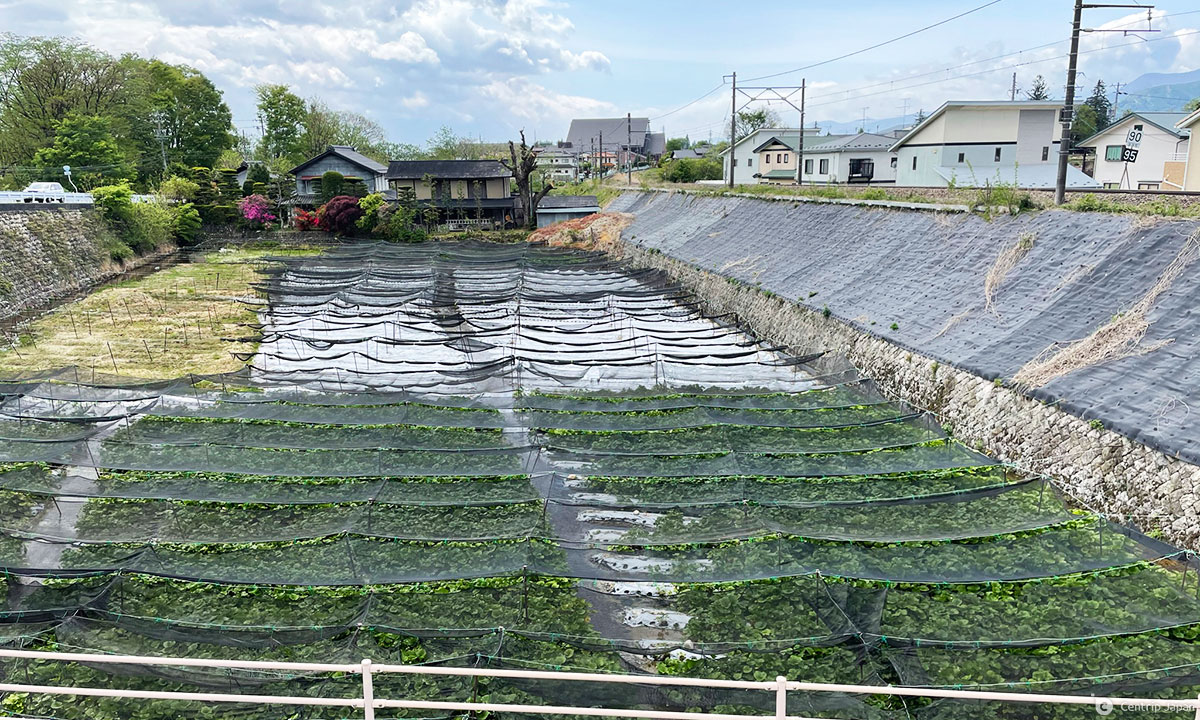 AZUMINO: The scenery in Azumino is similar to that of Ikeda’s rice fields and picture-perfect gardens, with a twist: wasabi farms. Azumino is the number one producer of wasabi in Japan owing to its abundant spring water, and the trail takes you in close proximity to a number of small-scale family-owned and run farms. Sticking to the “official” trail is tough at times, but it’s hard to get lost since the route essentially parallels the JR train line. The Hotaka Station / Shrine area is a nice place to rest, refresh and try some local wasabi products. If you are traveling the entire route, Azumino is a good option to stop for a day to rest or do some unrelated sightseeing, such as a cycling tour of the city.

MATSUMOTO: To be honest, the best part of the Shio no Michi in Matsumoto is majestic Matsumoto Castle, which isn’t even located on the route itself. The path is largely unmarked, all on pavement and increasingly urban. Yet, modern Matsumoto still manages to retain many charming elements from its past and a visit to the wonderful castle should definitely be on the to-do list for anyone spending time in this area. The Chikuni Kaido officially concludes just south of the castle at the Ushitsunagi Ishi, a stone with a large hole in it that was used to tie up pack animals for the purpose of relieving them of the loads of salt they carried there.